The gameplay format and schedule for collegiate and club teams competing at the 2021 Mid-Atlantic Regional Championship are announced below.

The 2021 USQ Mid-Atlantic Regional Championship will be a double pool play into bracket play tournament for collegiate teams.  The club division is a three-team double round robin event.

The teams will initially participate in pool play in three pools (A, B, C) of three teams each.  After the first set of games is complete, the nine teams will be reseeded into three new pools (D, E, F).  The winners of each A, B, and C will be in pool D, second places will be in pool E, and third place in each will be in pool F. Teams will then play through those new pools Saturday afternoon. Sunday morning, the top eight teams will continue on to a bracket structure to determine the collegiate regional champion as well as the three collegiate teams who qualify for the 2022 US Quidditch Cup. To learn more about qualifications, please see this article.

The initial pools for the collegiate division are as follows (listed in alphabetical order):

On Sunday, eight teams will make it into bracket play.  The bracket will be stacked based on Saturday’s performance and the tournament will proceed as follows: the top two teams will have a bye to the semifinals; seeds three and four will automatically compete in the quarterfinals and seeds five through eight will have play-in games.  The three bids will be distributed to the teams who win the semifinals as well as a third team determined by a playoff including the losers of the semifinals crossed against the losers of the quarterfinals.  The winners of the semifinals will play for the regional championship. See bracket below. 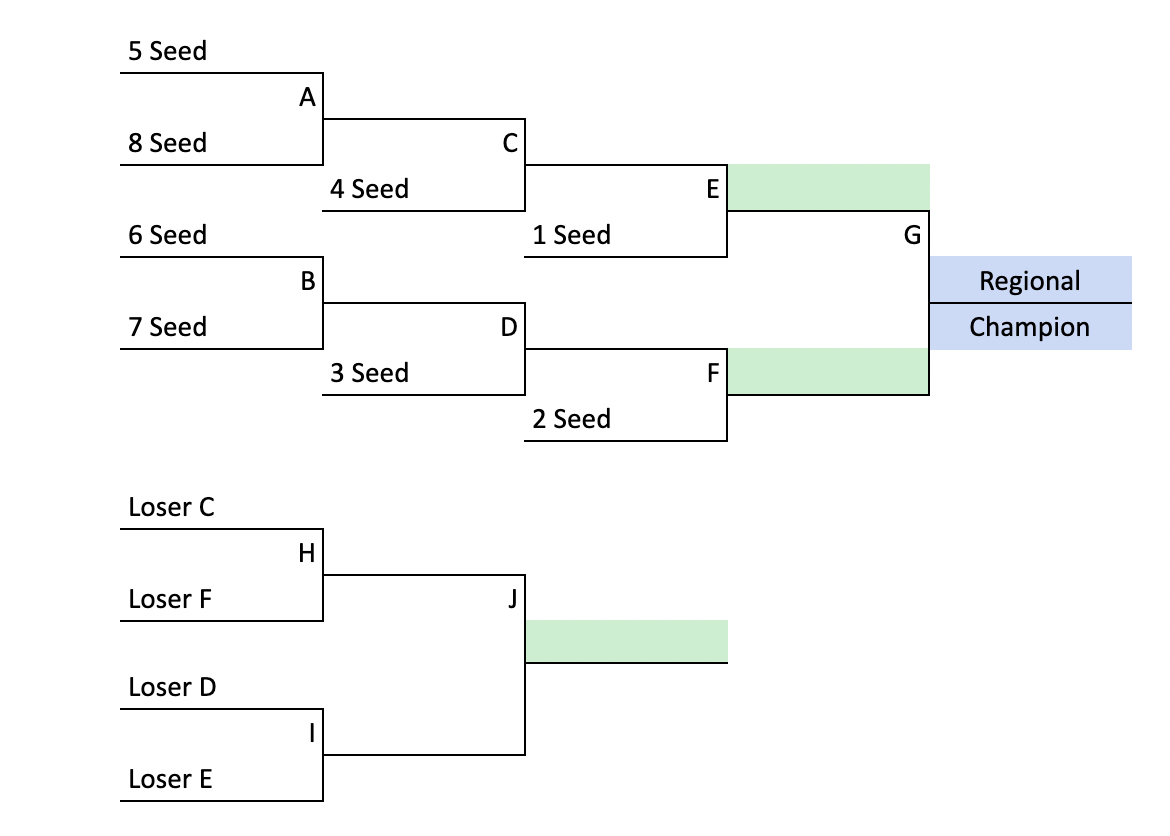 The original ranked list was divided into three pots by seed, and each pool had one team randomly drawn from each pot. The rankings were based on the USQ standings, per the rankings algorithm described here. Not all teams have played games yet; teams that have not played games were listed below ranked teams in random order. The pots that teams were drawn from are as follows:

The three club teams competing at this event are (listed in alphabetical order):

Please note that the USQ forfeit procedure will be in effect during this event. Teams who forfeit a match may be required to forfeit the remainder of their scheduled games and may be subject to disqualification from the remainder of the tournament. Teams who are disqualified from their regional championship are ineligible to compete at US Quidditch Cup through either a bid earned at the regional championship or an at large bid. This includes bids that were already earned at the event prior to the disqualification.

Questions about the gameplay format, schedule, or event in general can be directed to gameplay@usquidditch.org.

How to Participate in Welcome Weekend 2021

Sign Up to Volunteer and Officiate at Fall 2021 Regional Championships

Team Registration for USQ Regional Championships for the 2021-22 Season