USQ’s snitch team has completed their projects for the 2020-2021 season in preparation for a return to league-wide quidditch.

Over the course of 2020-2021, the USQ Snitch Team expanded their members. Managed by USQ Gameplay Department Manager Christian Barnes and Snitch Team Lead Jarrod Bailey, the team is now staffed by Snitch Coordinators Aaron Stout, Chris Champitto, Liam Zach, Louis Consoli, and Matthew Cooper. Gameplay Project Support Max Parks and Ryan Davis have worked closely with the team on their projects for this year. This expanded team has made updates to the snitch runner tier system, created development resources for snitches, and worked with the USQ Referee Team on updating the process for selecting officials for USQ-hosted events.

A video series is being created by Bailey and Champitto of introductory, basic, and advanced snitching advice geared towards new and experienced snitches. They will be working directly with the community to source tips and tricks picked up over years of quidditch. These videos will be continuously workshopped during the summer of 2021 for release later this year.

As debuted in August 2020, the updated tier system worked on by Project Support Ryan Davis and Gameplay Manager Christian Barnes will be used for this season. Tier details and benefits are indicated below. The tier system will be used for helping assign snitches at USQ-hosted events and public recognition of snitching ability. All tiered snitches will receive skill development support from the snitch team.

A new selection system has been created by Consoli and Cooper in conjunction with the USQ Referee Team for Head Referees, Lead Assistant Referees, and Certified Snitches. This selection system will answer issues regarding potential bias from the assignment of officials at USQ-hosted events and take into account the snitch tier system released in Fall 2020. This system will also be made available as a guideline for USQ certified tournament directors. 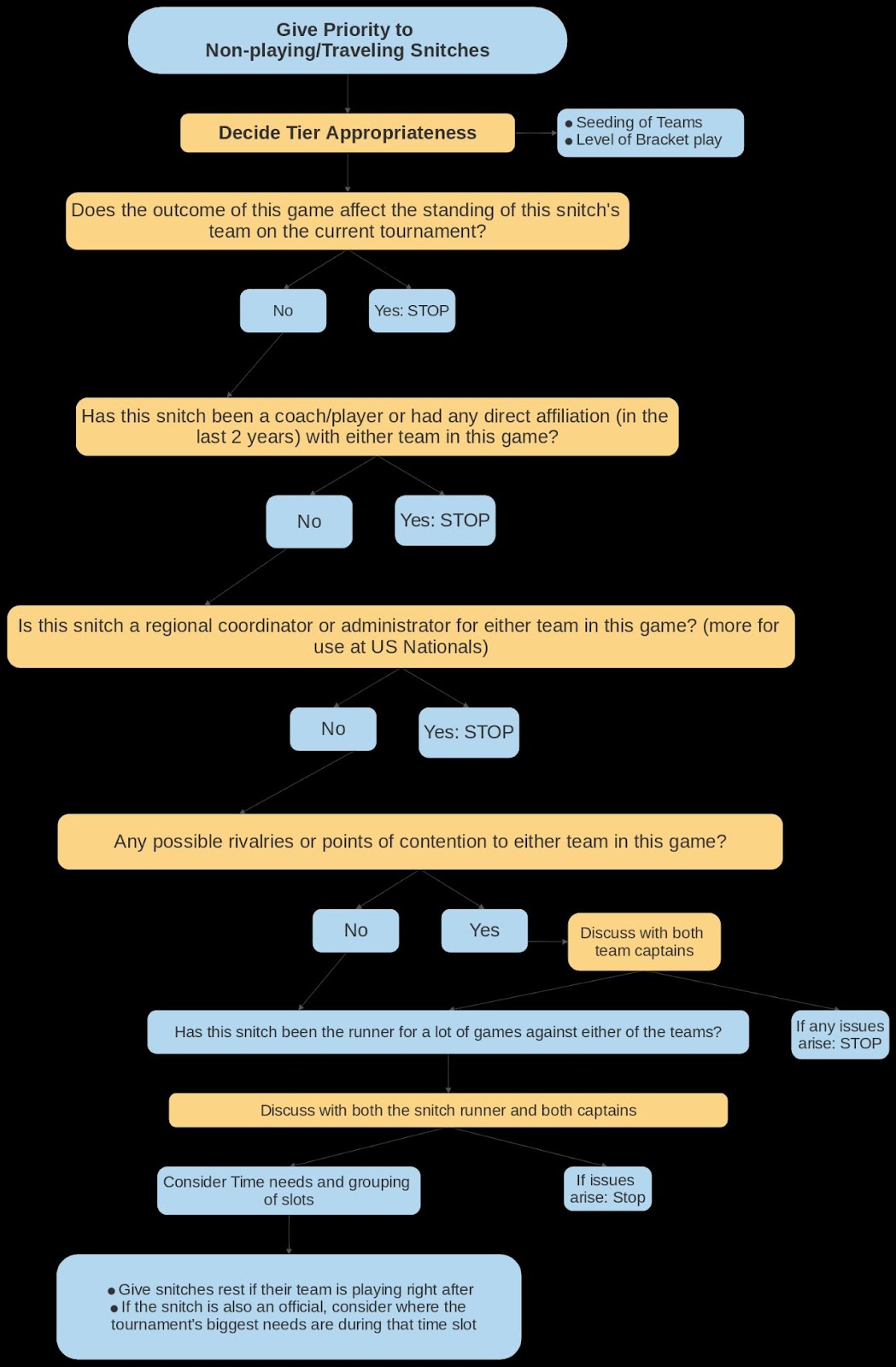 SNITCH OF THE YEAR

Barnes, Champitto, and Consoli are currently finalizing the process for the new Snitch of the Month and Snitch of the Year programs. The two programs will run throughout the season, starting in the 2021-22 season, selecting snitches who demonstrate a strong commitment to high quality snitching. These programs, in collaboration with our new snitch tier system, will be used to highlight high quality snitches in a transparent and engaging way.

Snitch proctors are representatives that work in conjunction with the snitch team to maintain an accurate judgement of snitches across the league. Proctors will assist in grading snitches at in-person tournaments and via online film submissions. They are paid $10/game that they proctor at an in-person tournament, even if it's unofficial. Proctors must be a tier 5 snitch or above. Apply to be a proctor today!

Summer updates on return to play

USQ Speaks Out Against SB 1028 in Florida

May updates on return to play