Learn from teams around the country and the advice they have to share for planning retention for your team.

Retention is an important aspect of being able to grow your team. Having the ability to keep your new or seasoned members engaged with your team will help your team continue to develop. USQ has gathered some advice below from teams around the country who share some of their thoughts on things to consider when planning for retention. If you are looking for further resources, we encourage you to check out USQ’s recruitment/retention resource page. If you would like even more advice, you are always welcome to email membership@usquidditch.org, talk to your regional coordinator or reach out to other teams in your region for advice on USQ’s region social media groups.

As we continue to navigate COVID-19, please reference USQ’s COVID-19 web page for additional measures and precautions to keep in mind for any recruitment ideas you might be pursuing. Be mindful to check on local and state regulations as well.

This is the last article of this advice series. We thank the teams who have contributed to this article series! 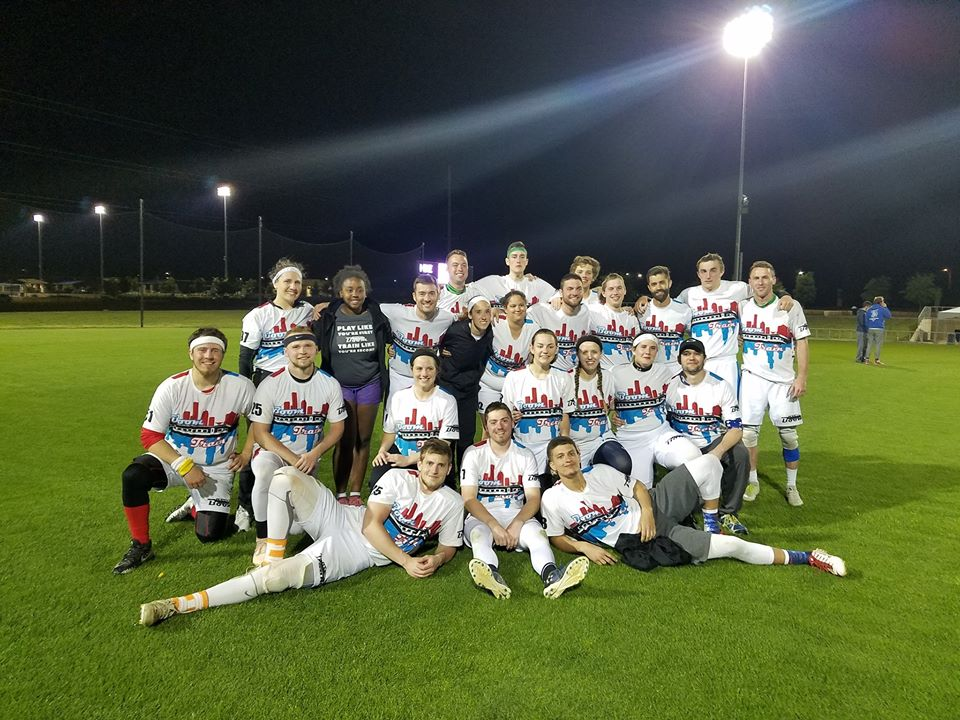 “Make sure you are giving people options on their level of involvement. If someone cannot commit to three practices a week and traveling twice a month ensure that there is still something available for them. Have team dinners and gatherings, start an intramural league that allows those that are not on the level to play on the 21 roster for competitive tournaments to still play and grow. If someone is unable to play due to injury or other reason, see if they are interested in being a videographer, photographer, referee, or filling another role on the team.” 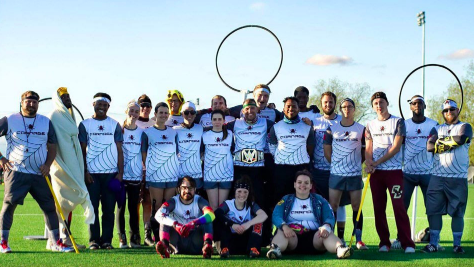 “Make it social. Having post practice outings, team bonding, and just general time spent together can help retain players and build up team chemistry along the way.” 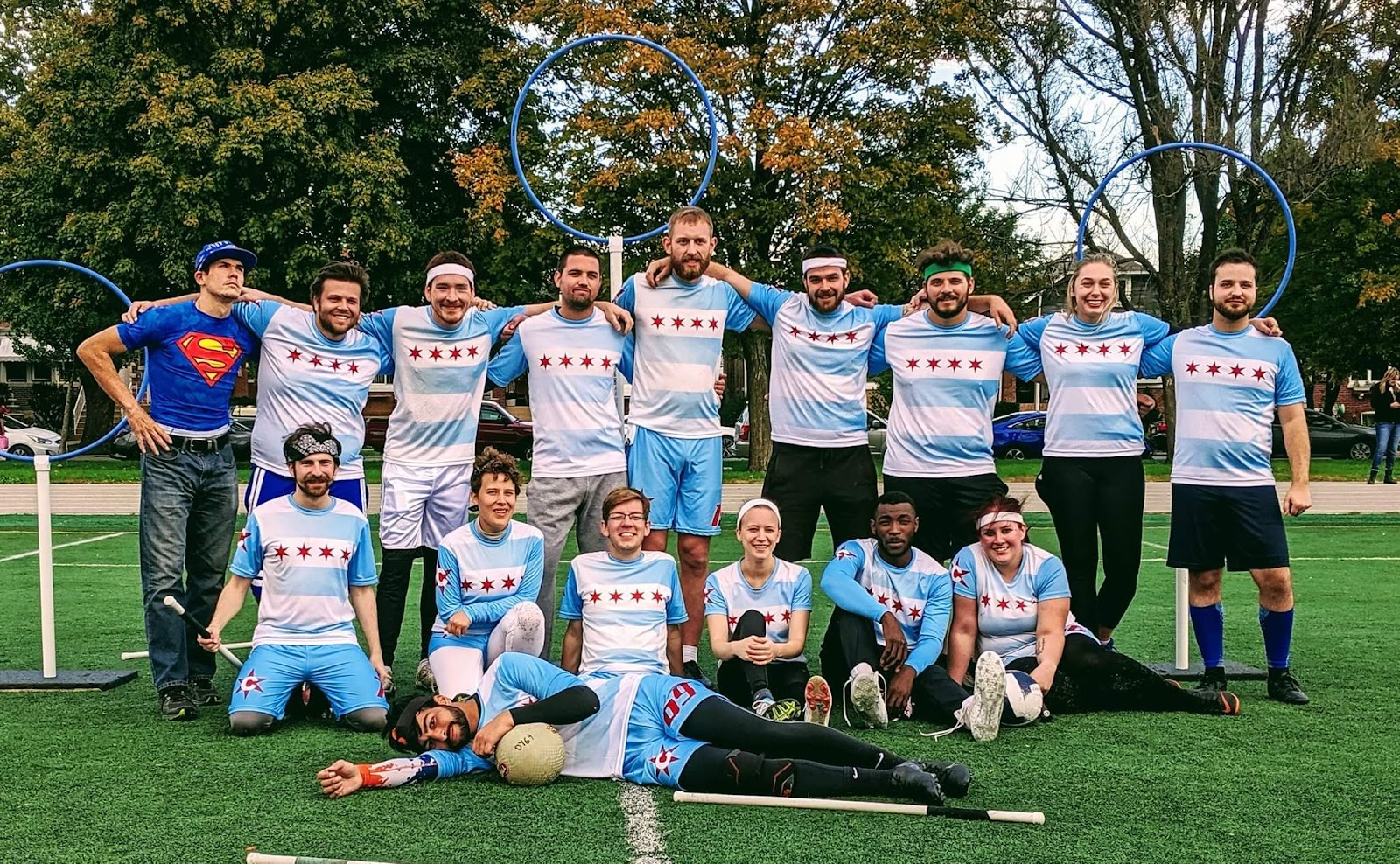 “Keeping the focus of the team very known and clear. People want to join a team for a certain reason or goal. We want to satisfy those goals throughout the season and off-season. Having good communication with every player and constantly checking up on them further strengthens this connection.” 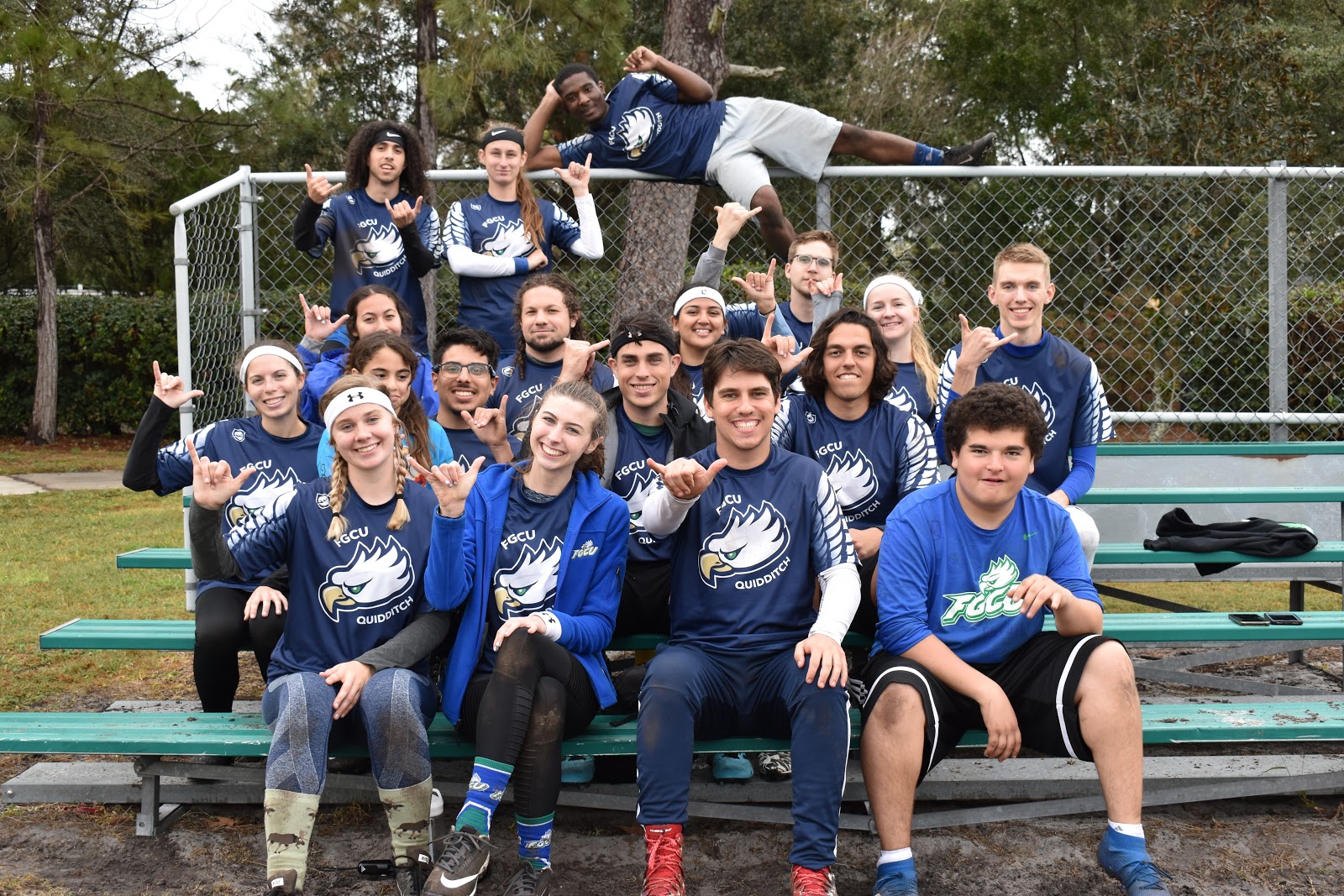 “There needs to be more officer training within teams. Being an official sports club on a college campus can be a lot of work and can seem intimidating. In the spring semester current officers should have a conversation with members about who wants to be officers the following year and teach them how to do the job. And the very least create a binder of instructions in how to do certain tasks. Strong leadership will lead to strong team culture and those are the clubs students want to be a part of.” 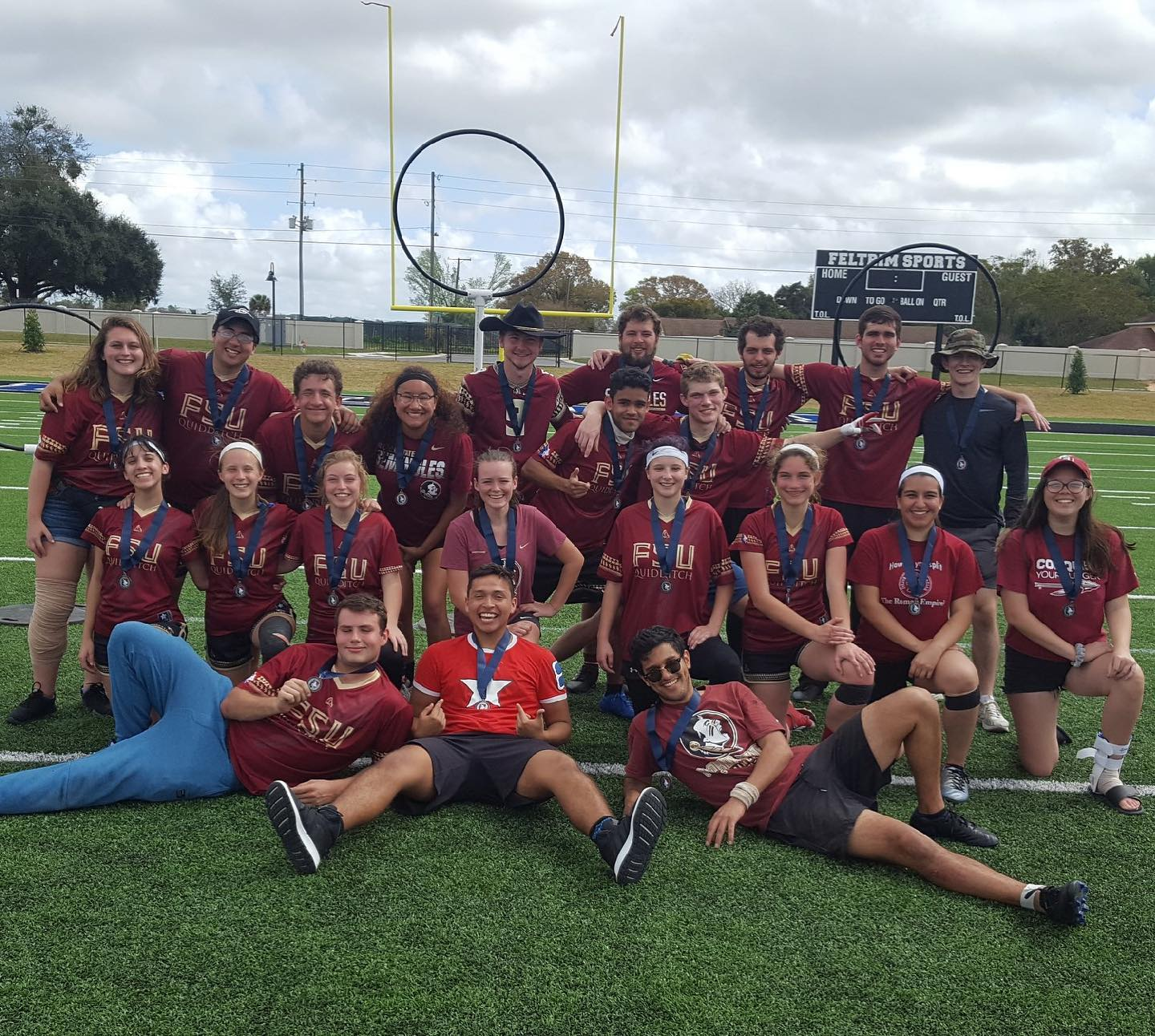 “Keep having fun and form a genuine bond with your new members.” 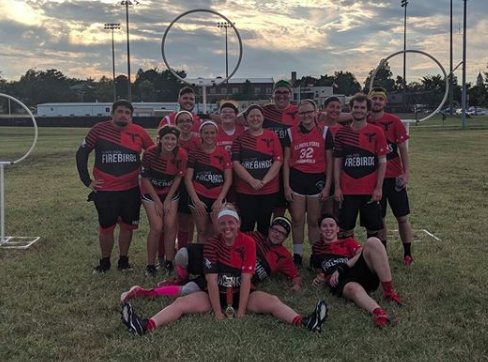 “Quidditch has been a welcoming space to myself and many others. Our greatest strength lies in our acceptance and celebration of a diverse group of people. Provide that sort of environment and they’ll stay.” “I think Iowa Quidditch benefits by literally driving our freshmen to practice. Almost all of our players have a carpool, so no one is taking the bus to and from the fields. We also hang out outside of practice: team dinner, game nights, and other events create friendships that keep new recruits around long enough to learn the sport.” 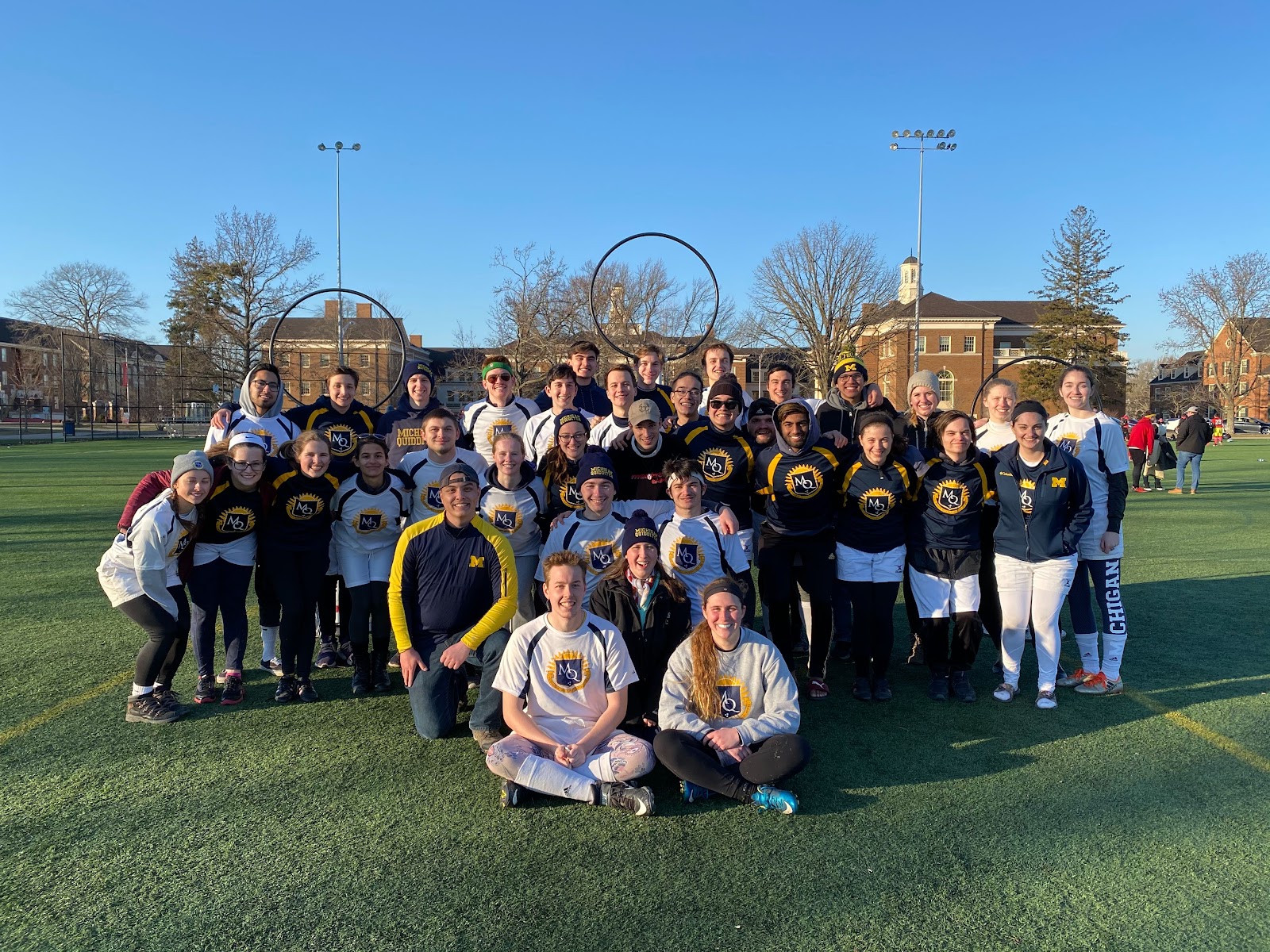 “In order to retain new players, we focus on getting them playing and integrated with the team as soon as possible. This starts with open practices the first week of school, a big inter-team scrimmage right after tryouts, and having regular social events. We've found that having social events and getting people playing time right from the start is key to integrating and retaining new members.” 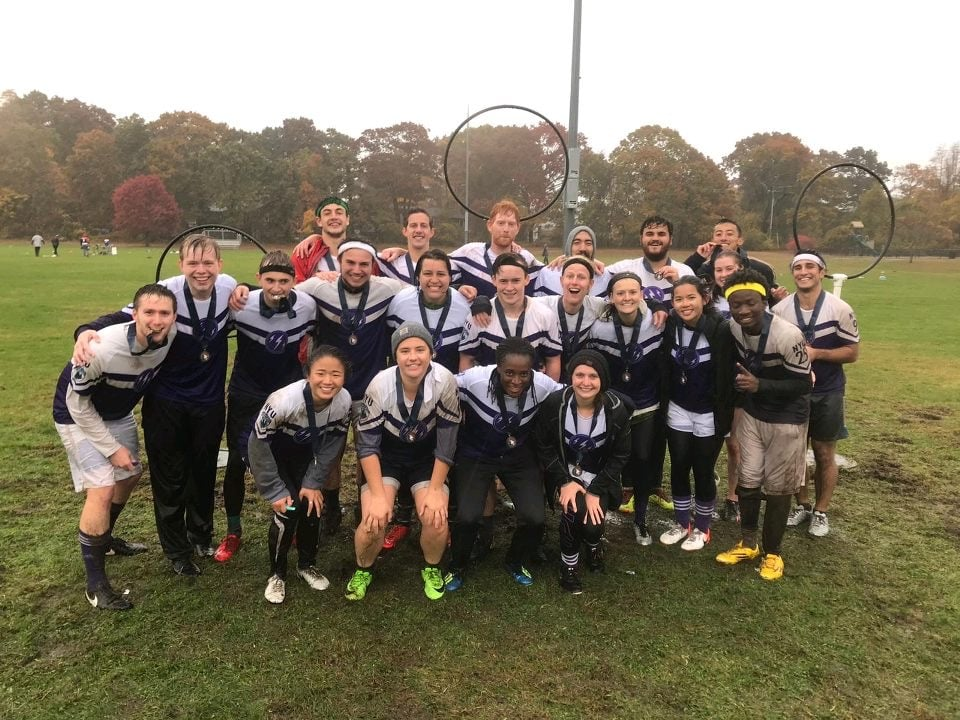 “On the field, make sure practices have something for everyone. Some people are there to have fun and some are there to actually learn, make sure what you're focusing on has elements of both. Try and make sure every person attending feels valued and like they have attended for a reason, and make sure there is a good representation of leadership involved! You don't want beaters showing up to weeks of practices where only chasers are leading or vice versa, try and break up groups to have better focus in the beginning, then work together toward the second half of practice.

Always try to talk to every player on your team and get an idea of what they enjoy on the field, making sure you're understanding what everyone likes and dislikes, feels useless and feels useful, is definitely the best way to retain retention on-field. During more chill weeks, we try to end practice with something fun (a round of hunger games or kickball) and during other weeks we may be leading up to games, we always try to end practices with a scrimmage

Off the field, building relationships with people is definitely important. Our team is not just a team, we're all friends as well, and that definitely encourages people to come to practices. Try and hold events regularly that can appeal to a variety of team members, anything from getting a group to go to a movie to a team brunch, just hanging out at someone's apartment, a virtual hang out, or getting a study group together at the library.

We 100% encourage team meals after practice! We just head to a dining hall on campus so everyone on the team can come, it's a great way to build those relationships and talk to someone you might not interact with on the field.” 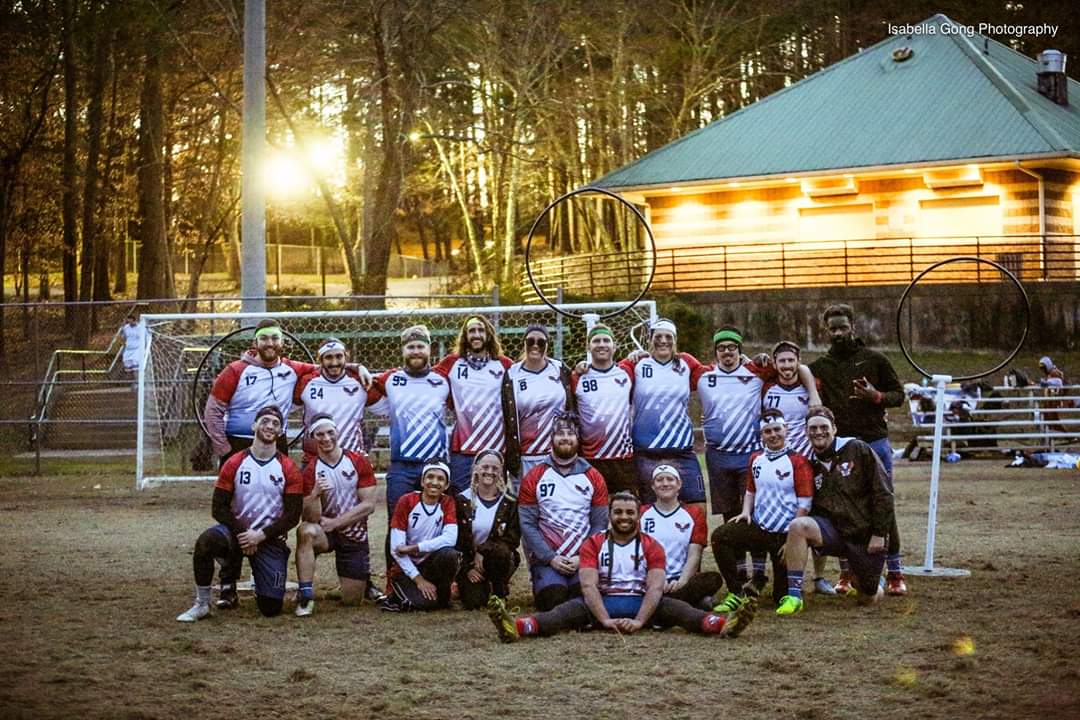 “Having chemistry as a group off the pitch is just as important as having it on the pitch. Freedom had a large majority of our team return this year and are expecting the same for next year. Freedom’s chemistry and cohesion on and off of the pitch developed quickly in our first season and it was very apparent that we were not just a team, but a family. With players residing in various locations across Pennsylvania, New Jersey, Maryland, and Delaware, some travel quite far to attend regularly scheduled practices. Since some travel so far, the team makes the most of their time spent together. Even when on break, the team gets together for bonding and fun.” 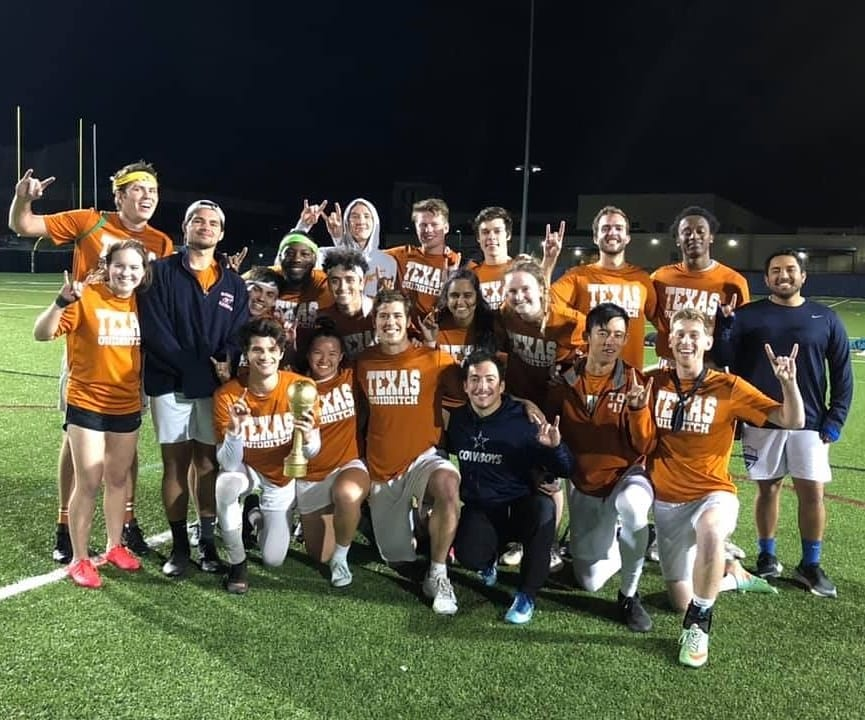 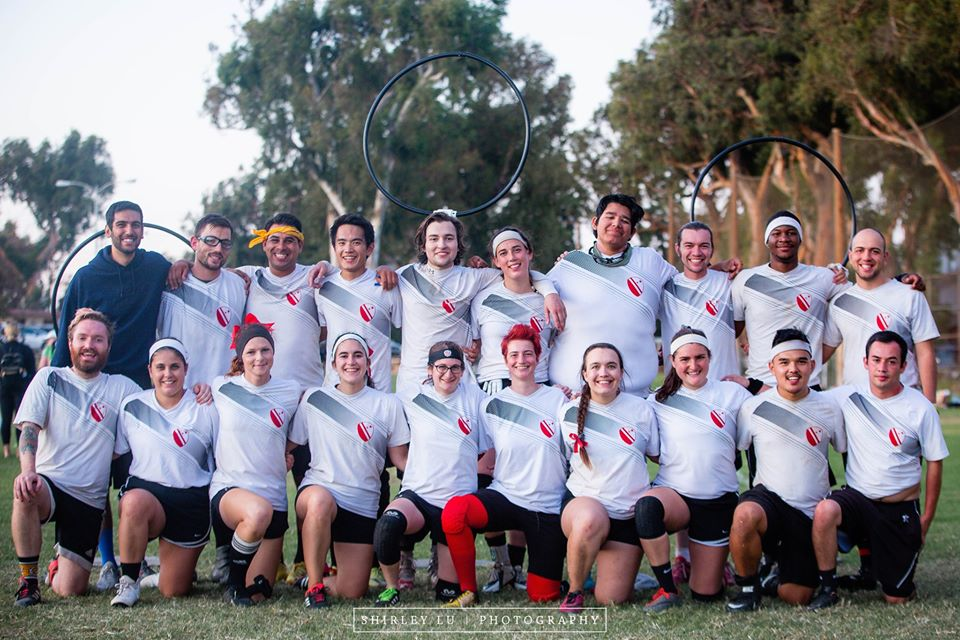 “I think it's important for teams to set an expectation of what kind of team you are. If that means you're a competitive team looking for success on the pitch, then you stick with those goals. Or if you're a team that is more social and want to play quidditch without caring about the score, then stick to that. Setting people up for the correct expectations and following through with them helps keeping people involved. But on the other hand, finding a balance as well as letting all players (no matter how long they've been involved in quidditch) voice their opinions and concerns. Creating a team where all players are comfortable with speaking with the team's leadership about development as a team is so important to the growth of quidditch as a whole as well as a team.

As far as a social aspect, The Lost Boys work hard to do a lot of things together that have NOTHING to do with quidditch. Whether it's something casual like game night or going to the movies, or planning a full weekend of activities or big end-of-season party at an AirBnb, those big events really bring the team together both on and off the field.” 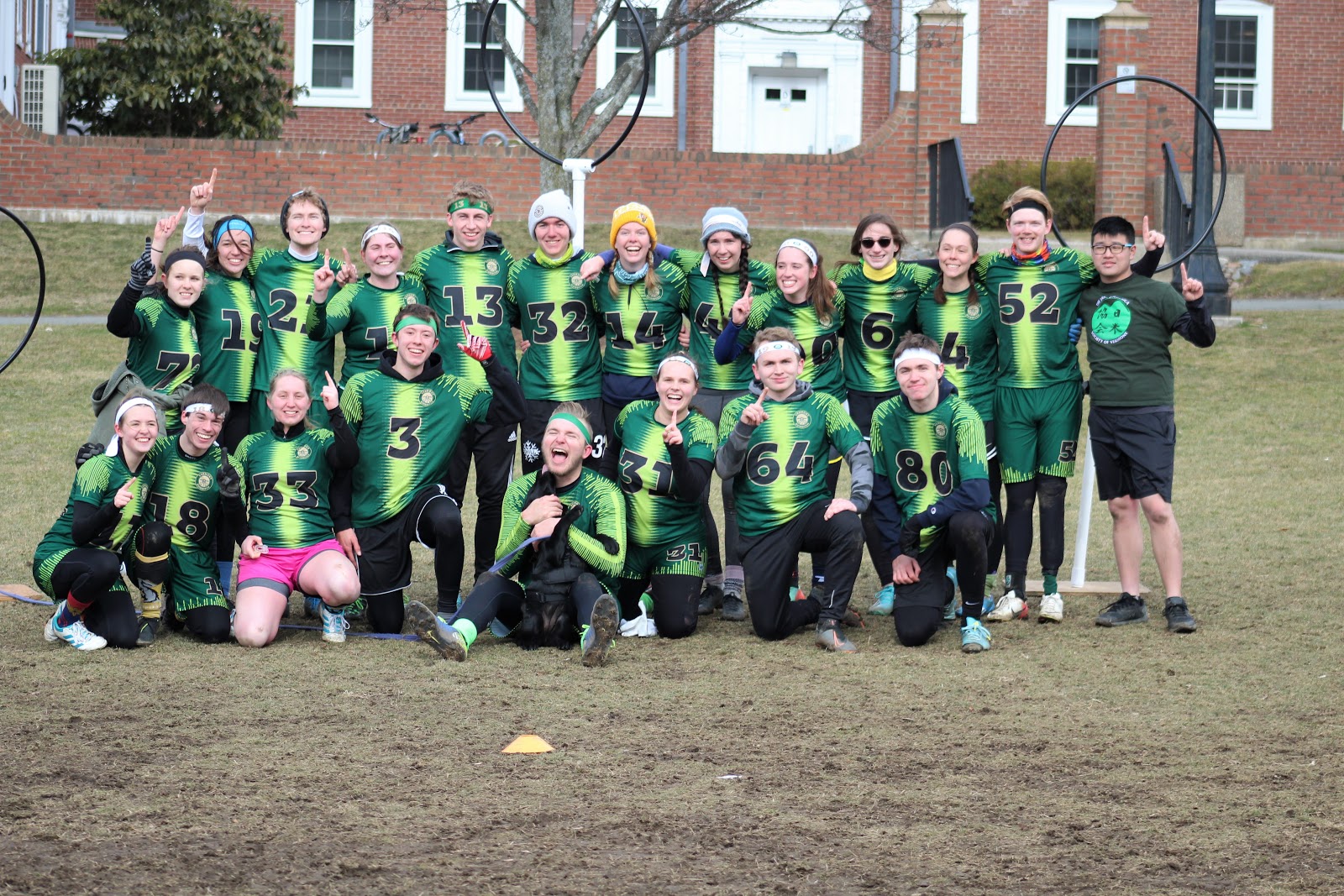 “You have to gauge the culture of your team and your school overall. In years past folks have been part of the team because it was a fun group of people and it was vaguely athletic, during that time we were unofficial, but our retention was still high. At that time we didn't attempt to improve our skills, we were just there for a good time. However, in the past two years the culture of the team shifted significantly and we became more competitive and folks came to practice to get better, they enjoyed drills and being part of a sports team. If people are struggling to retain members or struggling to get bodies at practice try to look at the cause, are people not having fun? Is practice at an odd hour? Are all your freshmen leaving after a semester? Only if you find the root of the issue can you then take action.” 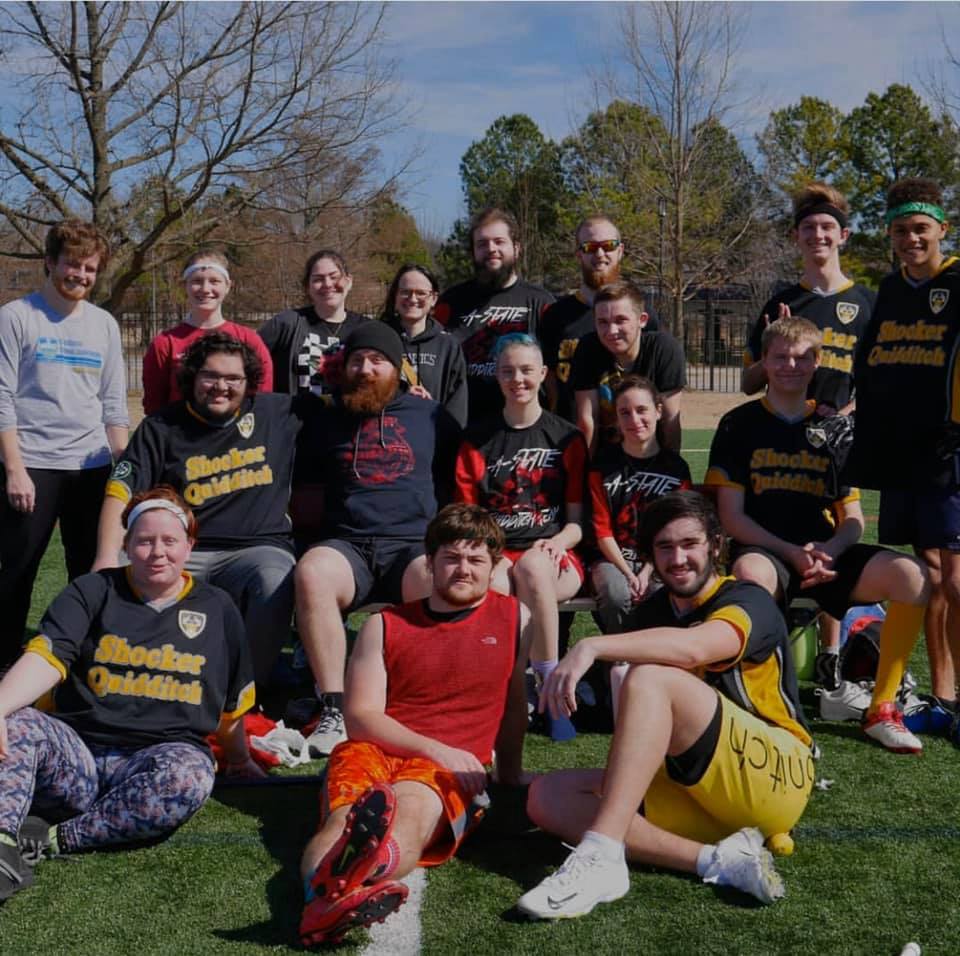 “Regular events and social media updates are important! It helps keep quidditch in people's minds, especially if they are new.” 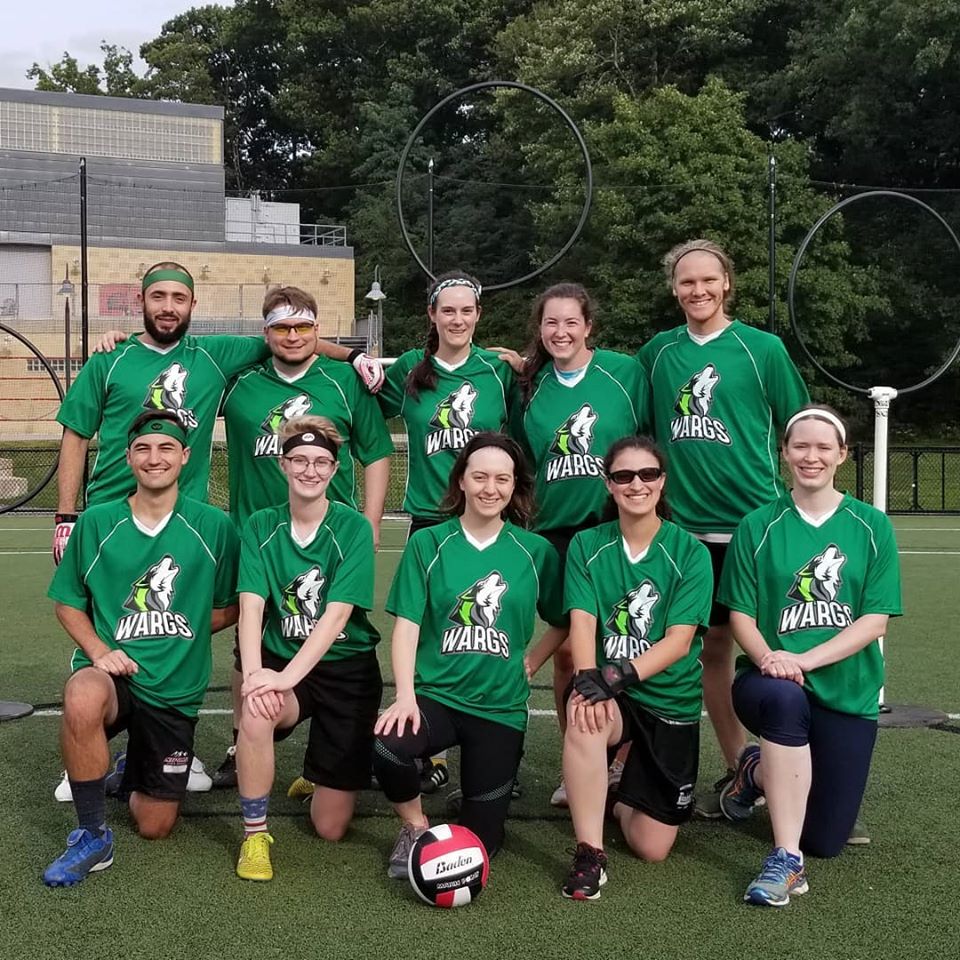 “Make players feel valued, praise them when they do well, and encourage them when they struggle. Listen to their concerns, talk to them directly, make sure they're included in the team culture. It's a struggle to keep everyone motivated to come if they're not absolutely committed. Make it fun!”