US Quidditch is proud to present a new special feature for our #savequidditch campaign called ‘USQ Stories’.

US Quidditch is proud to present a special series for our #savequidditch campaign called ‘USQ Stories’. Community members have sent us their first hand accounts of how being a part of this sport has had a tremendous impact on their lives. This article features our first two stories which focuses on the sense of safe space that these storytellers found within the quidditch community. We thank everyone who has taken the time to share their story with us. 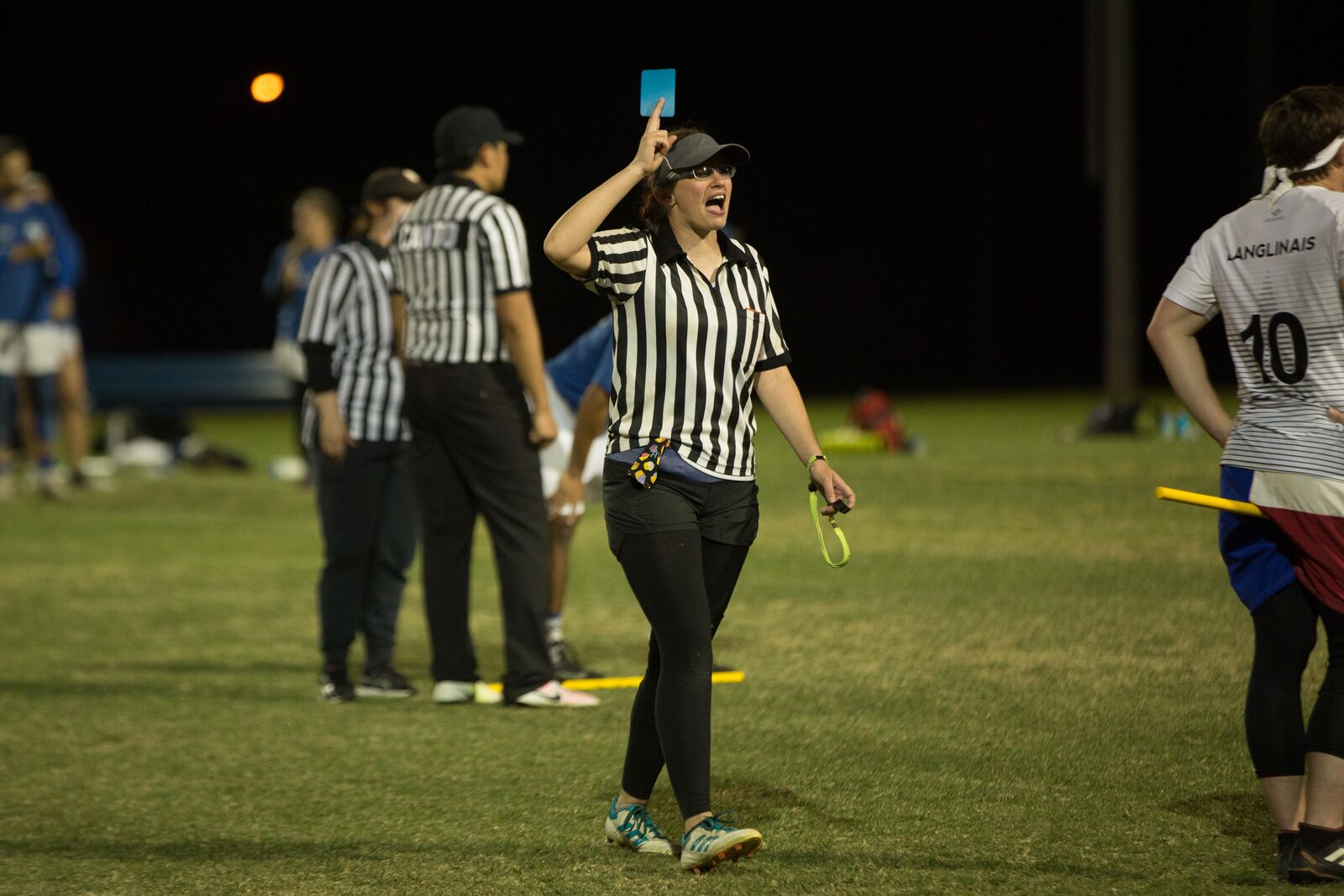 Non-binary: Not indentifying as entirely a man or a woman

I came out as non-binary in late 2015, about four years after I started playing quidditch. Even before I realized I was trans, single-gender sports did not interest me. Women’s sports were never taken seriously, especially at my small, semi-rural high school; I wasn’t an athlete, I could never become one, and I just wasn’t comfortable in my body. Well, surprise, past me! Not only are you an athlete, you’re not a woman.

Quidditch, and my quidditch family, gave me the space to explore who I was. Queer quidditch players, some of whom even live on other continents, were instrumental in figuring out my feelings regarding gender. The first person I came out to was a fellow quidditch player. Once I was out, people respected my gender, I could play as my real gender. Quidditch was one less space I had to pretend to be a woman. As a queer person with an unsupportive family, quidditch has become my family. I would never be who I am without this sport.

I want quidditch to exist for other young queer people. In a big world, quidditch is a safe space to be yourself. It has become a wonderful place for young queer people to figure out who they are andto connect with mentors and queer people all over the world. Other than Pride, USQ Cup is the event I socialize with the most queer people. At Western Cup this past year, I wore my pronoun pins on my hat (not while playing!) and no one batted an eye. Even in my liberal enclave in California, I don’t do that every day. I’m proud to be non-binary, and I’m proud to be a quidditch player!

Please help me #savequidditch so other queer individuals can discover the sport and the space it provides to be 100% themselves.

Ra is a referee and a player for the California Dobbys who has been involved with quidditch for over nine years. 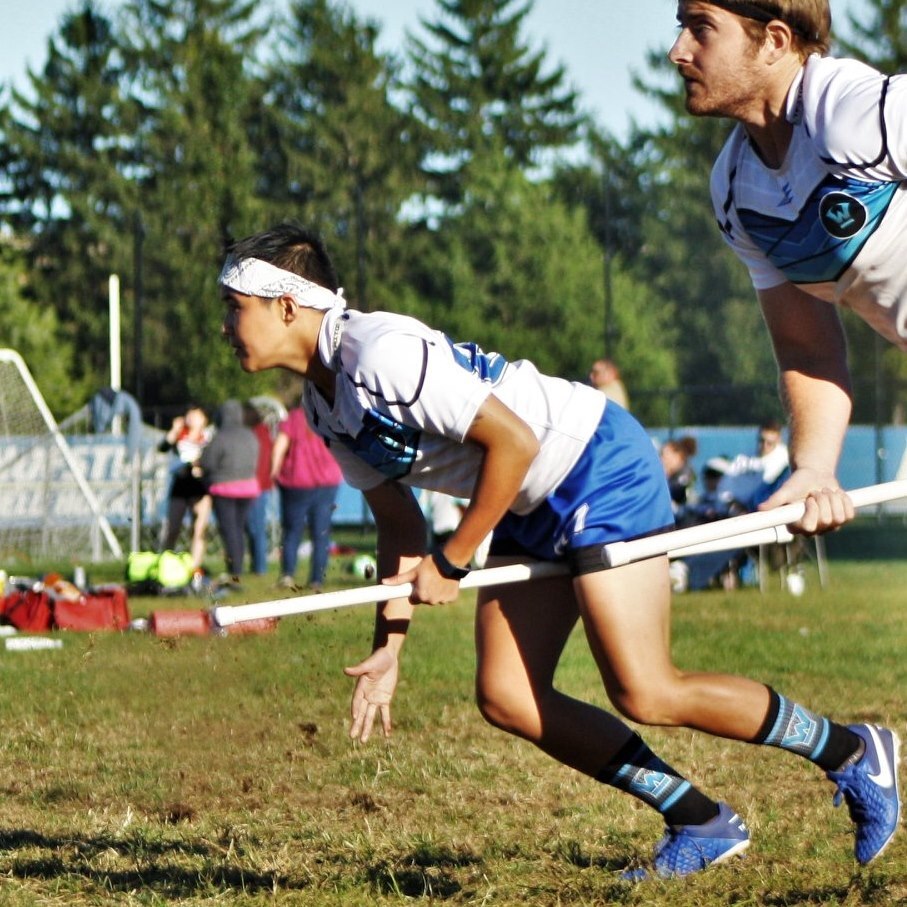 When I first joined The Warriors in the fall of 2017 I had no idea how the next few years of my life would turn out. As a college junior with no school team I was looking for one to call my own, and The Warriors were the perfect fit. At the time I had no idea that my identity would change in a way that I had never expected.

Quidditch is a unique sport, that’s for sure. But one of the most unique aspects of it is the space it provides for people who don’t have a place in traditional sports due to outdated rules or expectations. Personally, I was a cheerleader for 13 years prior to playing quidditch, and while I loved it, the sport no longer felt like the right fit for me as I learned more about myself and my gender identity. While I felt constricted by the traditionally feminine uniforms and attitudes that came with being on an all-girl team, quidditch allowed the freedom to be an athlete, no matter how I identified.

Upon discovering that I was non-binary during the 2018-19 season, I feared that this sudden change would affect my relationships with those around me, and that people would see me in a different light. Despite this, I came out to my teammates that spring, and I was completely unprepared for the positive reactions from them. Everyone addressed me by my chosen name, and the support they gave me made my courage skyrocket. I was no longer afraid to be the person I am, all thanks to them. I had found a place where I was free to be myself, and practices became more of a safe haven then they already were. Being closeted in everyday life was a major stressor, but for four hours every Saturday I was able to be myself without fear of prejudice or hate.

As the months went on, however, I soon came to realize that I truly was a transgender man. Again, I feared the change, nervous that people would think I was just indecisive or didn’t know who I really was. But during the fall of 2019 I came out once more, and, yet again, my teammates on The Warriors became my biggest supporters. Their love and encouragement gave me the strength I needed to be able to come out publicly. When my transition proved difficult, practice provided me with not only an escape from the challenges I was facing, but an affirmation that my identity was real and worthy.

What truly set my teammates apart though was the surprise planned for me by my best friend and teammate, Lindsay Marella. At a time when I was struggling financially with my transition, she brought my current and former Warriors teammates together to raise money for my legal name change, doctor visits, and other costs associated with transitioning. This is truly the most meaningful thing anyone has ever done for me, and now thanks to their help, I am finally able to live my life as Mitchell Luke Usis. Through the most difficult years of my life, quidditch has become my safe haven, my home away from home, and the place where I feel like I truly belong, and it’s all thanks to my amazing teammates.

Now I’m asking you to help me #savequidditch, so others can find their safe haven amongst the incredible people that make up this sport.

Mitchell is a player for The Warriors and has been involved with quidditch for five years.